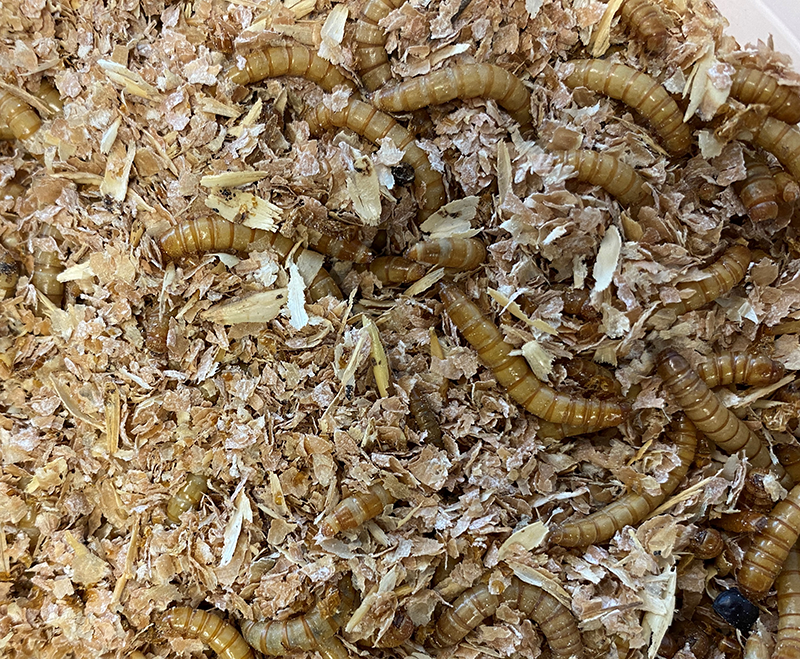 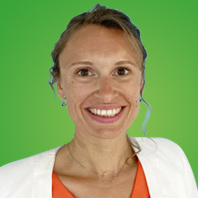 The news has not escaped the attention of insect producers: The European Commission authorizes the use of processed insect proteins (PAP for "Processed animal proteins") in poultry and pig feed.

For this growing market, this is very (very) good news 😀

In a recent press release issued by  IPIFF (The International Platform of Insects for Food and Feed) the organization welcomes this decision which should help "accelerate the economic expansion of our sector and address the feed supply needs and sustainability challenges faced by our food chain partners".

Published at the end of August and effective at the end of September 2021, this authorization will significantly accelerate the demand for insect proteins.

If this is good news for entomoculture, what about poultry and pig producers?

Are the poultry and pig industries ready to introduce insects in chicken and pig feed?

Are insect proteins really a reliable alternative to plant proteins?

This is what we will see in the following article 🧐

#1 What opportunities for insect protein producers? 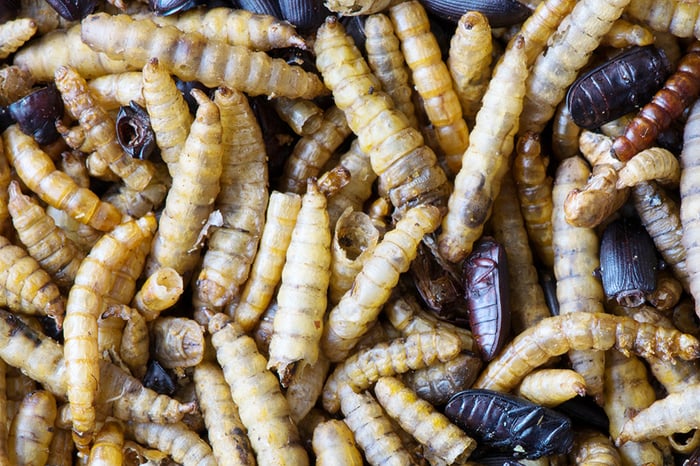 Europe is the 3rd largest poultry producer in the world with more than 50 million tons of meat produced per year (source "AVEC: Association of Poultry Processors and Poultry Trade in the EU Countries").

With the authorization to use insect meal in chicken feed, new markets are opening up for insect producers, providing protein-rich materials that are particularly suitable for monogastric (pig and poultry) diets.

But for this, the insect industry must meet several challenges:

The European poultry industry is looking for alternative solutions to reduce its carbon footprint and move away from soy, which is too closely associated with deforestation and whose environmental impact is contested.

The interest of vertical farms

Unlike soy, the environmental impact of insect meal production is almost neutral.

Recycling and transformation of co-products

The other advantage of this production is its capacity to recycle, transform and valorize the co-products of agriculture (e.g. fruit and vegetable peelings...). 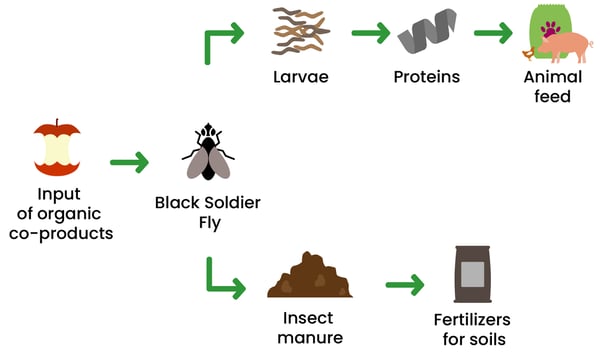 These co-products can easily be integrated into the diet of larvae and insects without requiring large amounts of food and water.

From an economic point of view, insects have a very high conversion rate.

According to Samir Mezdour, a French researcher in food science at AgroParisTech: "for every 10 kilos of organic matter ingested, insects will produce 8 to 9 kilos of protein, compared with only 2 or 3 kilos for beef".

Europe is a major importer of food. The supply and delivery difficulties caused by the Covid 19 pandemic have revealed the need to make our agriculture more self-sufficient.

Producing proteins in Europe would limit these imports.

To meet this need for food autonomy from imported plant proteins, insects can be produced locally on the European territory.

Europe is at the forefront of insect meal production thanks to a well-organized industry, a pool of highly innovative companies and startups, and appropriate infrastructure.

Despite the rise in prices in recent months, soy is still more affordable than insect meals, which are on average 3 times more expensive.

The opening of new markets, in particular the poultry market, should increase insect production in Europe and improve its competitiveness.

Soy is known to provide a good balance of amino acids necessary for the proper development of chickens.

Insects, on the other hand, have a very good quality protein content, much higher than soy (from 35 to 77% dry).

They contain all the essential amino acids and are rich in fiber, iron, fat, minerals and vitamin D.

Faced with fears of a resurgence of a food scandal like "mad cow", in an interview given to the French radio RTL in October 2020, the researcher Samir Mezdour wanted to reassure and specified that "the genetic distance between man and insect is much further than the distance between the cow and man. According to the research that has been conducted, the risk of disease transmission from the insect to man is very limited or even non-existent".

7. Be accepted by society

We will not discuss insects as a food source for humans. Even though they are a naturally rich source of protein and have been consumed around the world since the beginning of time.

Regarding the use of meal in poultry feed, the industry is rather positive, as it is a natural part of their diet.

#2 Are pig and poultry farmers ready to feed insect proteins to their animals? 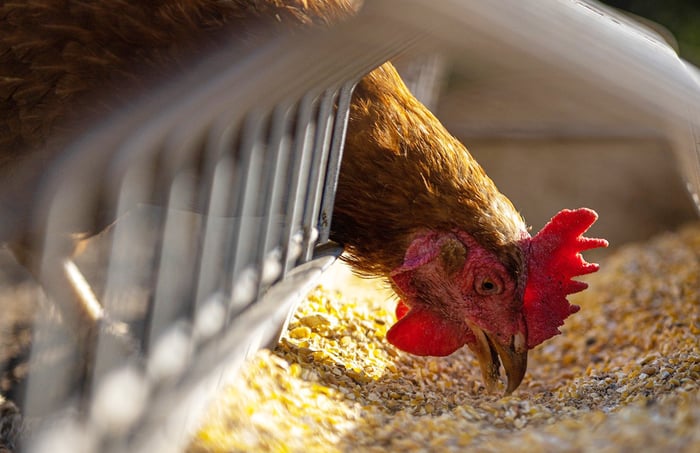 The FAO considers insects as "a promising alternative source of protein, both for their low environmental impact and their nutritional quality".

Faced with this craze and taking advantage of a favorable context, the organization expects a 20% increase in insect production in the next five years.

1. Insects, a natural component of pig and poultry feed?

Insects are a natural component in the diet of "carnivores" (cats, dogs, fish, poultry and pigs) and are rich in amino acids making them highly digestible.

2. A favorable context for the development of insect proteins

As we have seen previously, insect farming meets many criteria and can (finally) benefit from a favorable context for its development:

The insect: a response to environmental expectations

👉 When asked, are producers ready to incorporate insect meal into chicken and pig feed? The answer is yes!

On the condition that insect proteins :

The European poultry meat industry has fully expressed its favorable opinion during the webinar organized by IPIFF following the authorization of insect PAP.

The poultry and aquaculture markets are the most likely to use insect proteins (to a lesser extent for the pig industry), opening up new opportunities for entomoculture.

According to IPIFF, in the next 10 years, the insect sector will become an integral part of the European agri-food chain: 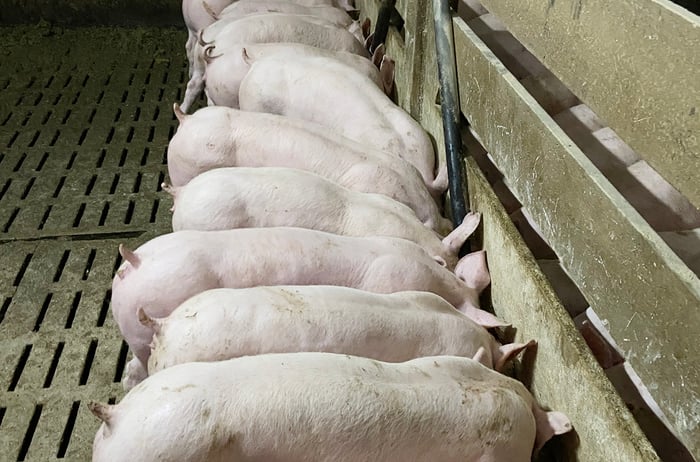 1. A market that should explode

According to the FAO, agricultural production will have to increase by +70% to meet the growing needs of the world population.

The protein issue will play a central role.

We have dedicated an article on the subject where we explain how the industrial breeding of insects can feed the population while contributing to sustainable development?

If the trend continues, the demand for insect proteins should increase significantly in the next 5 years.

Currently, the European market represents a few thousand tons while investments represent more than one billion euros - this figure should exceed 3 billion euros by 2025.

Today, with the exception of a few very large operators capable of producing several thousand tons, the vast majority of insect farms are startups, VSEs or SMEs with little or no automation in their production systems.

If the industry is to become more competitive with vegetable proteins and move to an industrial scale, Black Soldier Fly and Tenebrion Molitor producers will have to automate their production system to ensure the necessary yields.

This will necessarily involve better control of production and the automation of certain actions such as the counting of larvae and adults.

👉 Dilepix is the only startup to develop solutions to assist insect producers in the automation of their production tool.

During his intervention at the webinar "AI and automation of insect production" organized by the Ferme Digitale, Alban Pobla reminded us that technologies such as artificial intelligence are the allies of human operators when controlling production. "We provide powerful measurement tools that save time and allow the operator to free himself from certain less valuable tasks. In this way, operators can focus on tasks that bring real value to the company".

Aurélie is Marketing & communication manager. She has worked for many years in the agricultural sector, in particular the cattle industry. Her knowledge of the agricultural ecosystem and her skills in Inbound and content marketing provide her the necessary skills to make Dilepix a recognized startup and expert in artificial intelligence. 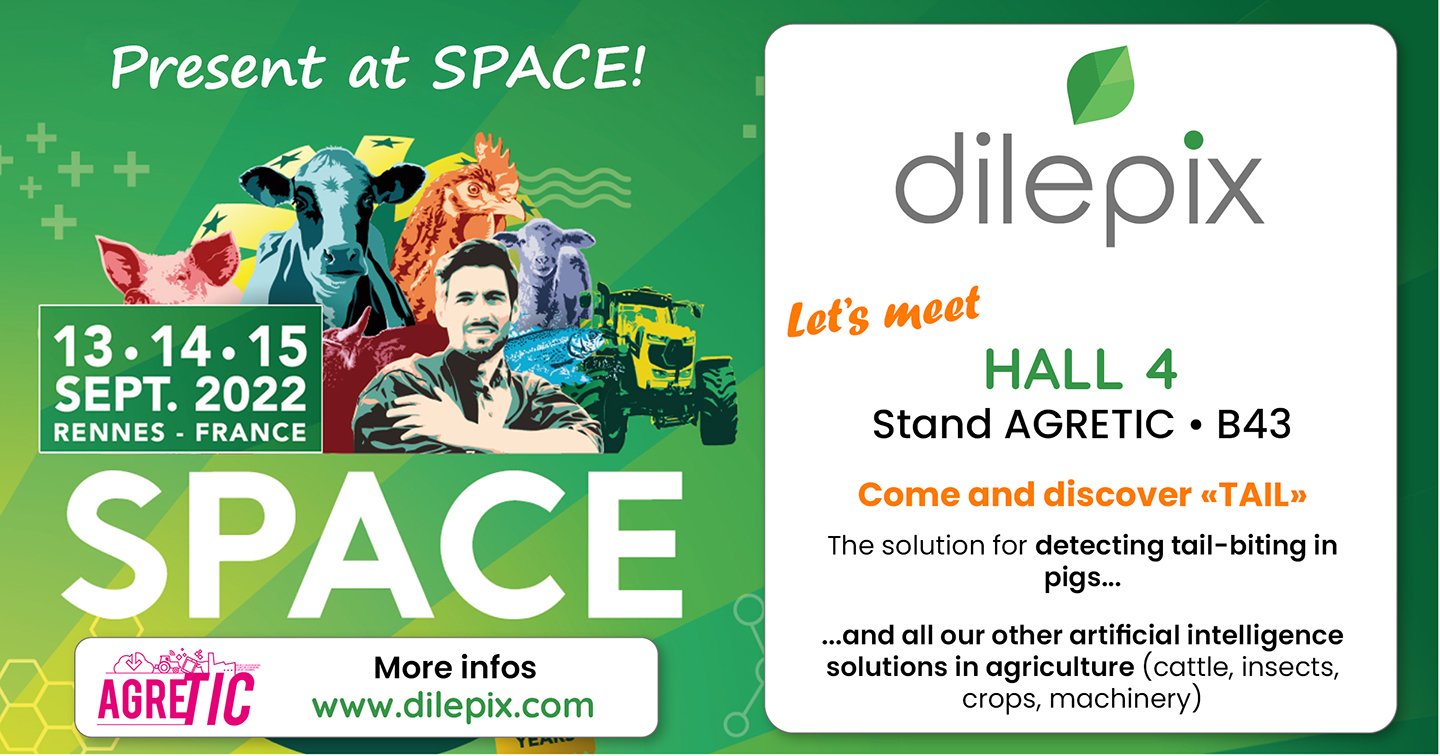 The SPACE is the must-attend livestock event not to be missed. Europe's largest animal production exhibition will take place... 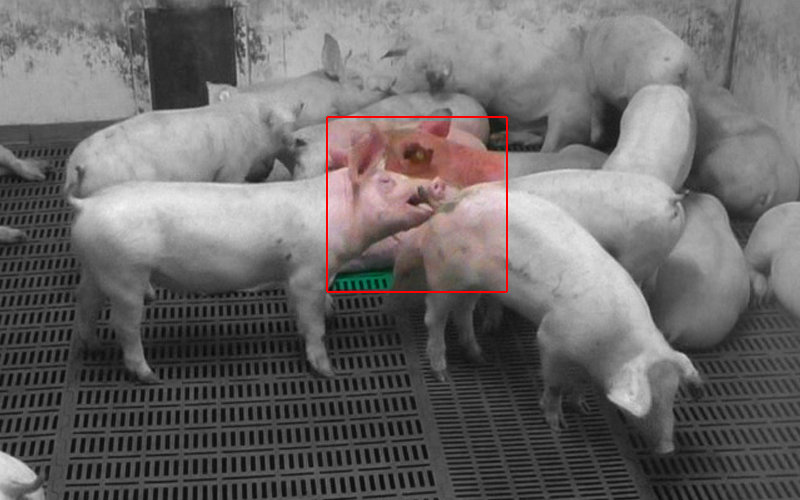 PRESS RELEASE - TAIL is a diagnostic tool that automatically detects when a pig bites the tail of another pig. 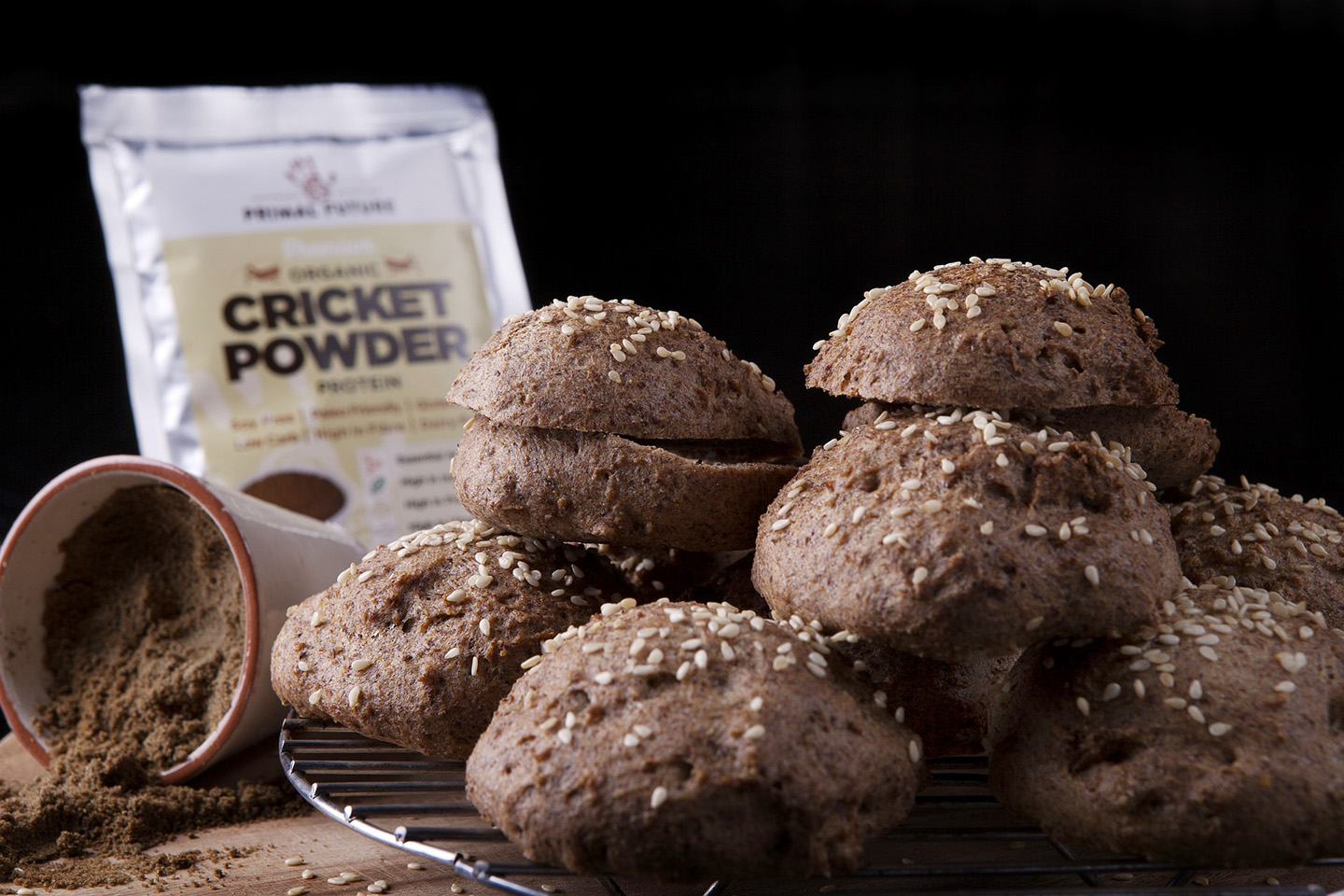 How to boost insect meal production in Europe?

We all know that one of the great challenges we face is to find natural, renewable and environmentally friendly resources to...
-->